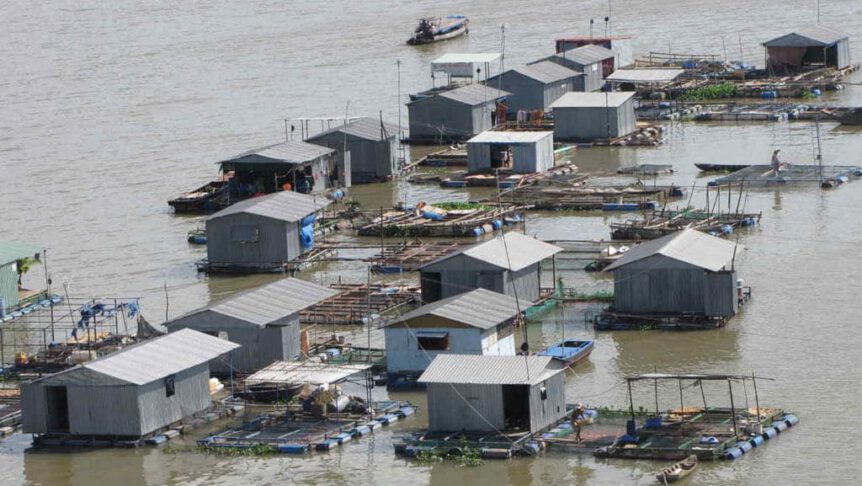 If you regularly eat fish you have eaten plastic as well. It has been estimated that an approximate 244 million kilos of plastic is in our oceans. Most of this is the so-called microplastics, which are parts smaller than 5 millimetres. We can’t blame the fish either, they can’t see the difference between food and plastic (they even prefer plastic). Moreover, most will get plastic into our system through the food chain anyway. Even sea birds and also us who eat fish will eat plastic unknowingly. And who thinks molluscs are safe…

Is Microplastic The Only Danger Hiding Away In Fish’s Food? The Case of The Pangasius. 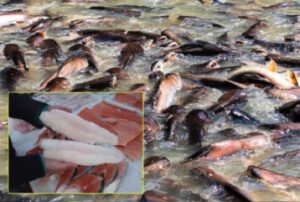 Plastic is not the only danger that lurks in your food. Avoiding fish is also recommended for many other reasons. Our health is increas­ingly often at risk. Carrefour no longer sell pangasius in their Belgian supermarkets since recently, even though the Pangasuis was a relatively popular and affordable fish. This fish comes from Vietnam where they are cultivated in polluted water. The pangasius is not the only fish on WWF’s ‘seafood guide’ which has been black­listed. The pangasius contains too many bacteria. Salmonella has previously been discovered in Vietnam’s aquaculture products as well. Part of the pangasius even proved to be resistant to antibiotics, including the fish that had an ecolabel. The latter may be the most shocking.

Fish To Avoid For Your Health, Overfishing and Bycatch

The list of the fish ‘to avoid’ is longer than the list of fish you can still enjoy. Moreover, even those not on the list are not always favourable. Some fishing techniques are harmful for our environment or create gigantic bycatch (think of dolphins, sharks, turtles) of animals we do not wish to eat. Overfishing is also a big problem. Even fish farming can be very damaging to the environment.

The Tilapia Filet: Full of Hormones and Excrement

Much like the pangasuis, the tilapia is a very popular fish. Originally from Africa but now mostly cultivated in Asia. What is especially worrisome about the tilapia is that it is full of hormones. Only the male fish are used and for this reason the female fish are given hormones from a very young age to produce males. They are given testosterone. Even the farmers have less than pleasant nicknames for these fish. The tilapia eats its own excrement (the basins and rivers where they are cultivated are filled with it). For the farmers this is ideal; the fish grow well without needing to pay a lot of attention to their water. As long as the water is a minimum of 20 degrees Celsius, they will thrive. All they requires is some cheap corn and soy.