Amanprana.eu » Inspiration » Why do children suffer from earaches more often than adults?

Why do children suffer from earaches more often than adults?

Ear pain in adults, children or babies is usually caused by an inflammation in a certain part of the ear. This inflammation and earache is caused by bacteria, viruses or fungi. For example, ear infections can arise from too much earwax or too little earwax.

Ear pain in adults is less common than in children

Adults often suffer from an infection of the inner ear, also called Eustachian tube inflammation (which links the ear to the nose). The earache and infection generally disappear of their own accord and the pain is less intense than when a young child suffers from it.

Children have a weaker immune system than adults because it is not as developed. This means they are more susceptible to ear infections. These tend to be middle ear infections that come together with much pain and a fever. Earache can be worse for children than for adults.

An ear infection in children is usually caused by a simple cold, as a result of which moisture accumulates in the Eustachian tube (which links the ear to the nose) and when viruses and bacteria are found in that moisture, infection can set in. An earache in young children can recur multiple times a year. But doctors have an easy solution available, prescribing a cure; that renders the child pain-free within five days. This also means that many children have already been fed a wide range of antibiotics at a young age to deal with an ear infection. It might be easy, but is it really good for our childrens health?

Support for acute toothaches and earaches 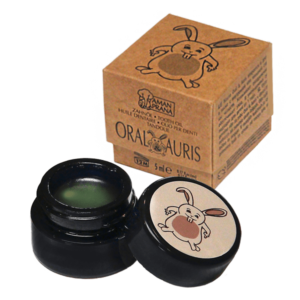