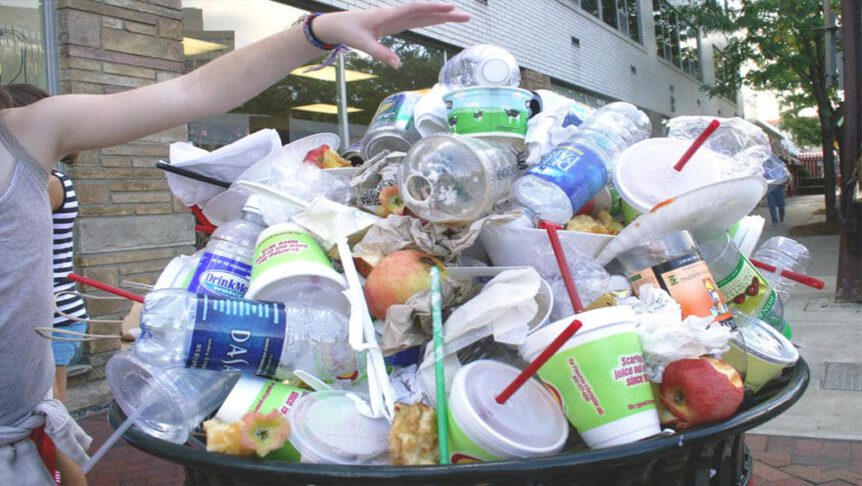 France has announced that it intends to ban the use of plastic plates and plastic cups by 2020. This means that by the new decade there won’t be a plastic swab, cutlery, plate or cup to be found in the nation. Microbeads – the tiny plastic particles that are found in cosmetics and other products – will be outlawed by 2018, with all plastic shopping bags already prohibited last July. This marks a great start and an important message from the French government, for plastic poses a major threat to our planet.

There is one exception to this ban, and reusable plastic products made of biodegradable materials are permitted. These items must be able to be thrown on the compost heap at home. But the Bond Beter Leefmilieu (Federation for a Better Environment, a Flemish environmental umbrella organisation) believes that even that exception should be banned. ‘Whether or not a plastic plate is compostable makes no difference when it ends up in the sea,’ the organisation says. ‘It’s just as harmful.’ The packaging industry has also come out in strong opposition to the measure, asserting that it contravenes the EU rules for the free movement of goods. At present, separate rulings are made for each plastic product on whether it will be prohibited and if that will happen in 2018 or 2020.

France is leader of the pack in Europe in terms of its laws combating the use of plastic. It has already introduced many anti-waste measures, including obliging supermarkets to give away unsold surplus products instead of throwing them away.